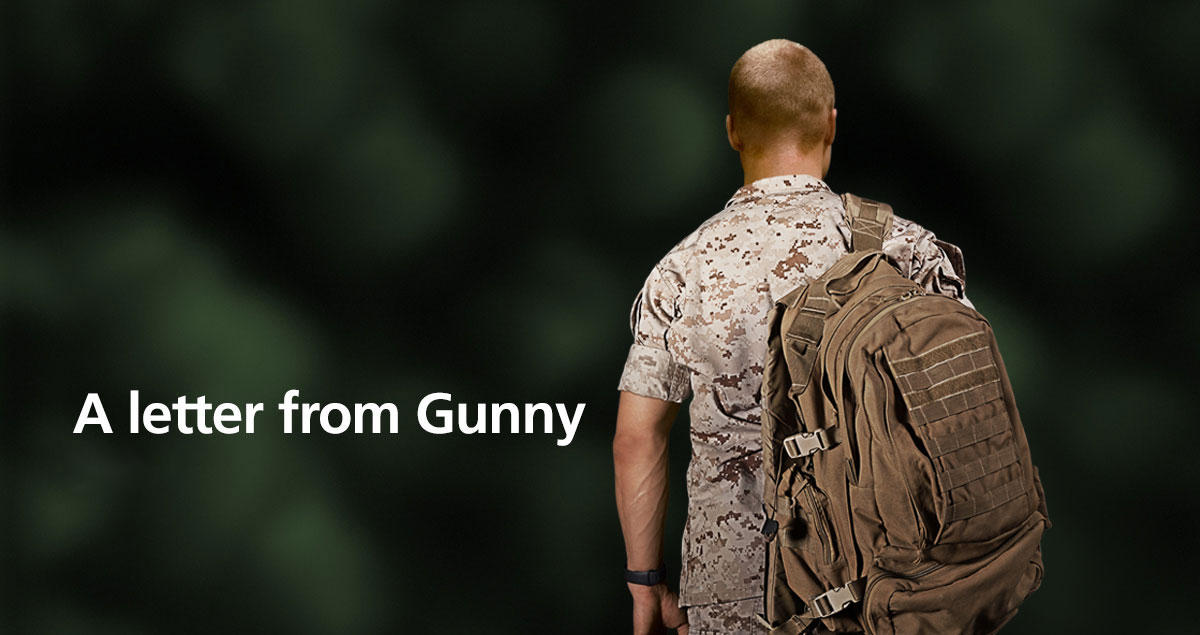 Situation Report:
A message to my fellow vets at RHP, from Gunny

First, a little about me. I served in the military for nearly 30 years, as an active duty Marine and Army reserve soldier. While in the reserves I also served as a Los Angeles Police Officer for 20 years. I struggled after returning from my last deployment to Iraq. I did not understand what was happening to me or why I could not control it. After an incident at work where I choked out my supervisor, I was sent to my local VA. That started my journey and battle with PTSD.

However, at the time I didn’t even believe PTSD was real and had the “suck it up” attitude towards it. This mentality (which is common amongst military veterans) made it difficult to ask for help or admit that I could be suffering from PTSD myself. In desperation to repair and save my relationships, I started to look for answers and reached out for help. I attended group therapy and individual therapy at the VA, with little change. I continued to look for help and attended Rush University Medical Center’s Road Home Program…twice! Because the first time around I did not have an open mind and was not excited about drudging up traumatic events.

However, I realized I missed an opportunity and asked if I could return. The second time around I stayed, had an open mind and put in the hard work. Because of it I was successful in dealing with my PTSD and depression. Now I have a relationship with my wife and kids again, I am actually working again and determined to help other veterans get back on their feet and do the same. I also want to stop the epidemic of veteran suicide!

This is where it starts! So, before you say you want to leave, I am saying sit your ass down and put the same courage you used on the battlefield, into this program and it WILL help! You made it here, now follow through and change your future. Make the government pay you for the rest of your life, for everything you have given and lost… LIVE!